Ghost Division is the one and only Sabaton tribute in the world. Hailing from the Netherlands they travel across europe to give you the ultimate Sabaton experience. Armed with the latest songs they are ready to conquer the stages all over Europe. 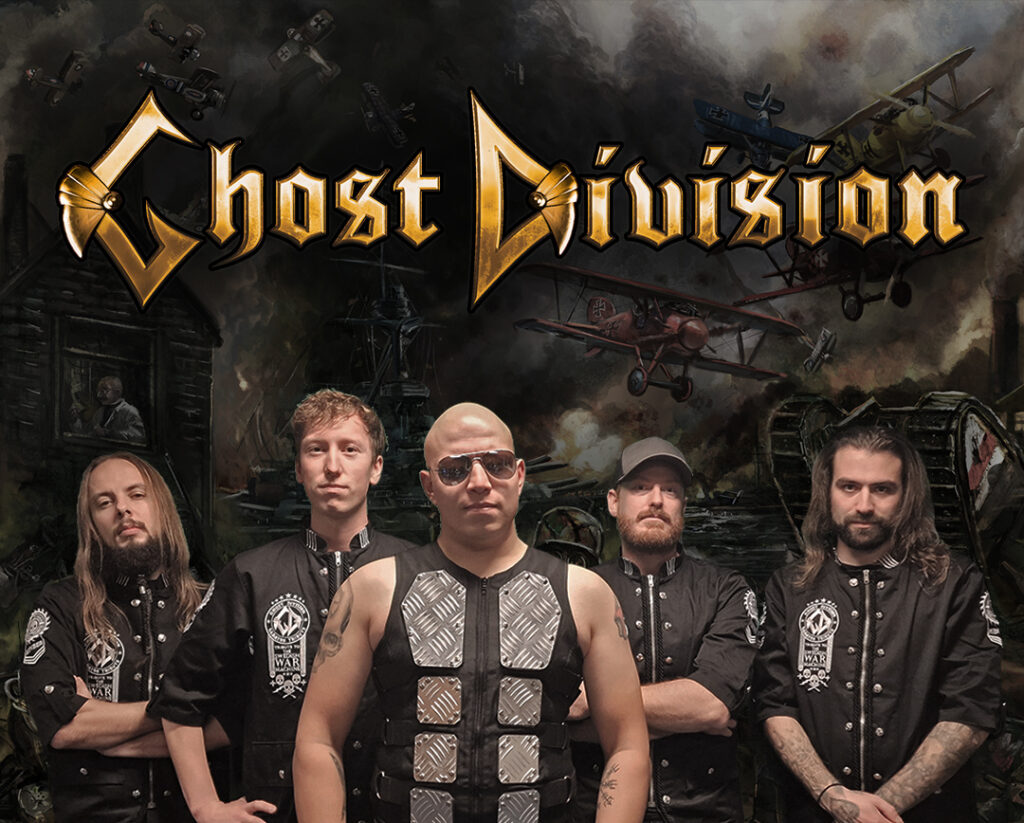 Ghost Division was formed in 2009 by six friends when Sabaton was gaining populairity in the global metalscene. The idea to start a Sabaton tribute was formed by Erik who invited a few friends to join the band. One thing led to another and Mike brought in Joey. After rehearsing for a few months they asked Pär Sundström to come up with a good name for the band.
Pär gave a few good options and the band decided to stick with “Ghost Division”, a great song still used by Sabaton and Ghost Division as the first song on the setlist.

The first show was played in September 2009 at a local festival in Roosendaal [NL]. Unfortunatly Sjoerd could not continue with Ghost Division and left the band. A replacement was found the same day and Roy joined the band. This line-up was stood strong for about 5 years. In those 5 years Ghost Division played a lot of festivals in both the Netherlands as Belgium. They also participated in a few bandcompetitions  aswel as The Clash Of The Coverbands, the biggest coverband-competition in the Benelux. Ghost Division reached the semi-finals in 2012. In 2014, Ghost Division was asked to play at the dutch “Carolus Rex” release-party where they performed Carolus Rex for the first time, just 4 weeks after the song was released by Sabaton. Shortly after this gig, Leon decided to leave the band and the band coulcn’t find the right replacement at that time so Ghost Division went on a hiatus.

However Ghost Division decided to pick up their arms and start rehearsing again by the end of 2016 to do a one last reunion-show. This tasted so good that they decided to continue the band and aimed to be bigger and better. After a small line-up change, Berry and Tom where brought into the fold.

After 5 years, covid and personal reasons brought a halt to Ghost Division.  The driving force behind Ghost Division decided it was not the right time to quit the band and formed a new wolfpack to take over the stages again.